My uncle is one of my favorite people.  He is, without a doubt, one of the most gentle people that I have ever known.  He was quite brilliant, sweet, kind, and he lived life with the utmost joy.  He married his sweetheart, with whom he was utterly smitten for his entire adult life, and was never afraid to tell anyone just how much he loved her and their children.  They have been married the better part of 60 years!  Their marriage is what I want for my marriage as well.

A couple of weeks ago, he slipped and fell in the kitchen.  After being rushed to ICU, it was found that he was bleeding in his brain.  He appeared to rally for a couple of days, but then he became harder and harder to rouse.  After a few days, he developed pneumonia, and his waking periods were fewer and farther between.  He was discharged to hospice care, and passed gently in his sleep a few hours later.  The world lost a proud, strong, sweet, gentle, loving, and all-around wonderful man.  And I have wept.

I went to my mother’s house for a weekend, and didn’t get my run in there.  Then on the day I planned a run with JC, I drove to South Carolina for a funeral.  Then H was sick.  Oh but did I need some therapy!  (Running is my therapy, btw)  I had every intention of going running this past Monday, but I was exhausted after work, so I decided against.  Tuesday I made a very poor food choice for lunch (boo Big Mac), and my blood sugar tanked at about 430.  I got dressed for my run, sucking down an applesauce and a Powerade, and drove our meet up point outside of Hendershots.  JC calls me and tells me she had rescued a cute little mixed breed puppy from the side of the road, and was currently getting him settled in at her place.  Since I was still feeling super shaky, I was okay with waiting one more day.  Wednesday we met up, and headed out.  YAY!!  After a 5 minute warm up walk, we started our intervals, but JC’s tight achilles put an end to the running portions.  So, we ended up going for a fast 5k walk.  We talked and walked and dodged traffic.  It was pretty fantastic.  I was sore, my feet hurt, and I just felt lighter when we were done.

I just love walking with my friends.

Today it is utterly icky outside.  Wet, cold, and super dreary.  However, JC & I have plans to meet at 4 for another run.  I cannot wait!!  I love getting out there, even when I feel grumpy or tuckered out.  The hardest step is the one out the front door, by far.  Once I’m actually out and running, I’m just blissful (admittedly, most though not all days).

On the “I want!  I want!” type front, Orange Mud has come out with two totally awesome new items.  Guess what?  I want! I want!!  They have a modular gym bag!!  Modular!  Incredible stitching, wet and dry areas, solid construction.  It’s so awesome, I want 2.  One for me, one as a diaper bag.  Want.  Ya know, just ’cause.  They also have this super awesome buff.  I have been considering purchasing a buff for a while, and now that I know Orange Mud sells them, I’m gonna have to get one from them.  They just have awesome products, all made in the U.S.A. 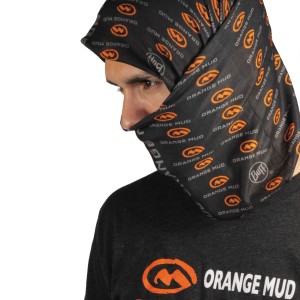 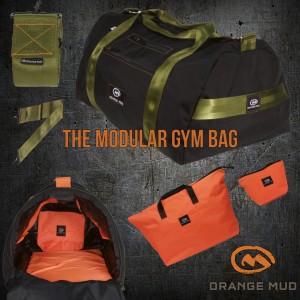 And speaking of Orange Mud love in our house?  H loves the handheld, too!  Snacks can be packed in the pocket, and the strap makes it easy for him to hold.  Because play time is not joke in this house.  🙂 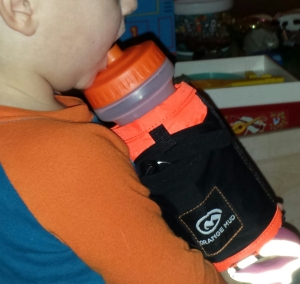 We Love Our Orange Mud.